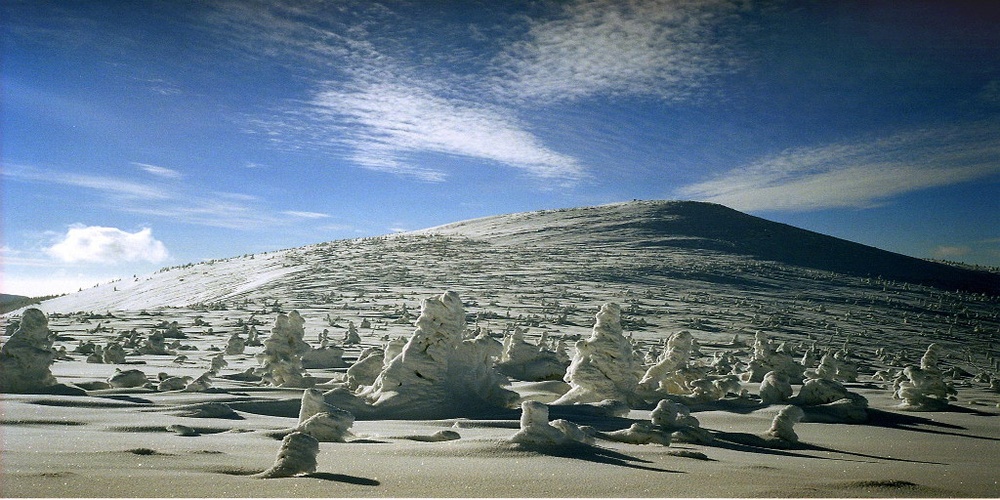 On average, our bodies are 98.6° F (37° C) and they go to great lengths to maintain that temperature.  If our body temperature goes too far in either direction we can begin to show signs of hypothermia, heat exhaustion, or heat stroke.

In the summer we all love a cool breeze.  The cool breeze feels good because it helps remove heat from the body.  The heat removed from your exposed skin helps to reduce your internal temperature. When our bodies are trying to cool down, we perspire by taking advantage of the the heat loss properties of evaporation.  The wind chill factor is a measurement of the wind's affect on our bodies heat transfer during the winter.  Unlike the summer, when our bodies are trying to release heat, during the winter our bodies desperately try to hold onto the heat.

Just as our bodies perspire when they are too warm, our bodies will shiver in an attempt to generate heat by the rapid muscle movement when they are too cold.  The "cool breeze" now gets referred to as a "cold wind" as it removes desired heat from the body.  It may be -5° F (-20.56° C) outside on the thermostat, but with a wind speed of 20 miles per hour (17 Knots) it feels more like -29° F (-33°C). Higher wind speed combined with lower temperatures means more heat is removed from your body and the air around your body is replaced with colder air.  The critical concept here is that the actual outdoor temperature does not change by an increased wind speed.  Instead it is the amount of heat removed from your body that changes.

The perceived drop in temperature, below the actual temperature, is a result of heat loss from living beings.  Inanimate objects such as a park bench and a snow shovel will remain at 0°F (-17.8°C); matching the nearby thermometer which reads 0°F (-17.8°C).  Generally we would say that the Wind Chill Factor only affects humans, animals, and even plants.  For inanimate objects, such as the bench and the shovel, the wind speed and temperature will only affect how quickly they lose their heat. For example if you threw a spoon from inside your house at 75° F (23.9°C) to the outside at 0°F (-17.8°C) , the spoon would lose heat at a faster rate with a higher wind speed combined with lower temperatures. But once the spoon was cooled to match the outdoor temperature of 0°F (-17.8°C), the temperature of the spoon would not continue to drop.

It is important not to think of the wind chill factor as something in your head.  The wind chill factor is a physical process that can lead to a dangerous situation.  For example, the removal of heat from your skin can result in an internal body heat loss.  As the process continues and your internal temperatures drop, hypothermia can develop.  The Wind Chill Chart outlines the critical exposure limits prior to frostbite. Given a temperature and wind speed, exposure times are listed on the chart by color in 5, 10, and 30 minute blocks.

The listed Wind Chill Factors on daily forecasts or "current conditions" were derived from the Wind Chill Chart as provided by the governments of Canada and the United States.

How was the wind chill temperature index developed?

The index used prior to 2011 was developed from the research of Antarctic explores Paul Allman Siple and Charles Passle in 1945.  The 1945 test documented how quickly water bottles would freeze if left outside with a wind blowing against them. The result was an index that did not accurately depict the effects of a cold wind against human skin.  A primary flaw was the fact that water freezes faster than human skin resulting in a greater assumed heat loss.   Another flaw was that the water bottles were not moving around or building up internal heat.  Charles Eagen improved upon the original index by adding in the factor of movement (4 MPH or 3 Knots).

An updated set of tests were performed by a joint effort of the US and Canadian governments in 2001. The Joint Action Group for Temperature Indicies (JAG/TI) ran human trials in an attempt to create a more accurate wind chill index.  The testing included six females and six males walking on a treadmill within a wind tunnel.  Each volunteer was fully dressed in winter clothing with only their face exposed. The volunteers were put through various conditions (i.e. temperatures and wind speeds) while the temperature of various parts of their faces were monitored and recorded.

Given the previous index was based on water bottles, the new index was a significant improvement. However, the testing used to develop the new index is certainly not to the degree that most people assumed.
For example, there are significant limitations to the index.  The index represents the effect of heat loss on twelve adults faces.  A good baseline, but twelve people may not accurately represent various body types (tall/slim vs short/heavy), additional skin exposure, affect on children, affect on animals, and the various weather conditions we may find ourselves in.

Is the sun taken into consideration?

The 2001 testing and resulting index does not account for the heat from the sun. The sun alone could make you feel approximately 10° C warmer.

The calculation to determine Wind Chill Temperature is as follows:

* =raised to a power (exponential)

How to avoid the effect of the wind chill factor.

Take steps to avoid heat removal by wearing several layers of dry clothes with layers of air in between. Aside from clothing there is always location and movement.  Try to get in line with the warm rays of sunlight and take shelter from cold winds which will only remove the recently gained heat.  Additionally, keep your body moving so more heat can be produced. (The human body can produce 150-300 watts of heat depending on the level of movement).